Never nice to read that what you do doesn’t work!

Influential international institutions need to consider the road safety evidence base more carefully before making conclusions in their publications. 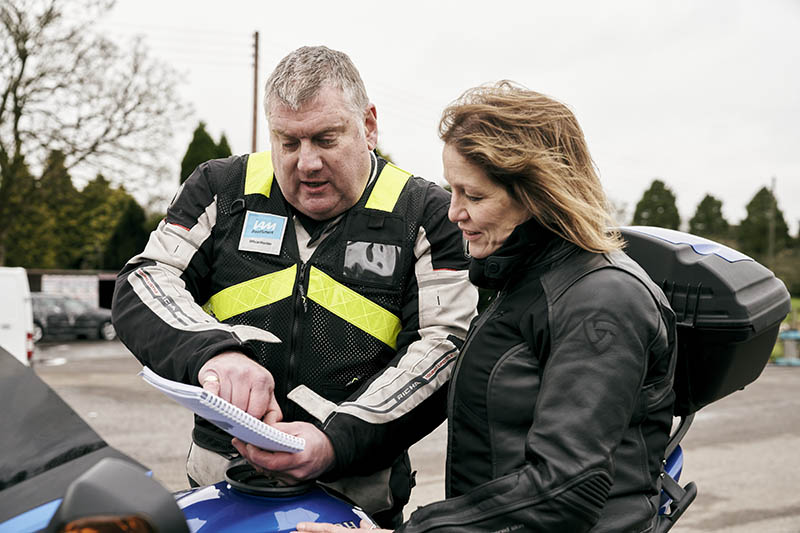 In this latest of a series of opinion pieces about motorcycling issues, Neil Grieg from NMC member, IAM RoadSmart, considers a road safety report from the World Bank which makes conclusions about post test training which seem based more on opinion than fact.

Its not every day you flick through an official World Bank report, endorsed by the UN (and paid for by UK government overseas aid), and find it saying that everything you do as an organisation is a waste of time!  A little overstated I admit, partly for dramatic effect, but also to underline my disappointment to see such a finding in black and white.

The report in question Guide for Road Safety Interventions: Evidence of What Works and What Does Not Work | GRSF (roadsafetyfacility.org)   is an interesting document, mainly aimed at middle income and developing countries struggling to deliver road safety as motorisation increases.  It also links to funding opportunities from the World Bank, but I’ll come back to that later.  Overall, the report rates 18 safer roads interventions, 9 safe speeds interventions, 15 safe road user interventions, 8 on safe vehicles and finally (and completing the Safe System Pillars) 4 on post-crash care.  Each intervention is described as “Highly effective”, “Effective”, “Not Effective” and worst of all “Not effective and may increase risk!”.

The Safe Roads section lists most road improvement solutions as ‘highly effective’ eg roadside barriers, central barriers and vehicle segregation. Only rated ‘effective’ were segregated cycling and motorcycling facilities – rather odd in the current climate!  In fact, the only roads solution rated in the bottom category was “improving road surfaces on poor quality roads without additional improvements” eg tarmacking over a dirt track!

Next up is Safer Speeds with a highly effective rating given to lower speed limits, speed cameras and 20mph limits.  Ineffective and risky rating was given to increasing speeds without infrastructure improvements (similar to the Roads then!).

And then the killer section for IAM RoadSmart - safer road users.  Highly effective rankings were only given to increased seatbelt and motorcycling helmet wearing.  Everything else was marked down as only ‘effective’ such as GDL, hazard perception, enforcement, safety campaigns and penalties, and then the dagger through the heart – “not effective and may increase risk for “post license driver and rider education and training” – ouch.  It was little consolation to find that the only other intervention rated this low was “School based education and training”.

So how to take this – sit in a darkened room or try and challenge the findings by looking at their research sources.  Of course, by writing this blog I am choosing the latter.  And, I am not alone, so incensed were many in the road safety field that a whole seminar was devoted to it recently.  Local road safety officers, emergency services, campaigners and providers were basically being told by the World Bank that what we do is ineffective.  Hard to believe when you live in one of the safest countries in the world!

The World Bank report fails to acknowledge that there is a long history of evaluation in infrastructure projects which can often be measured against actual casualty reductions, journey time savings etc.  Education and training is much harder to evaluate and also has to fight its way out of the fog of multiple initiatives.  Was it the drink drive adverts that delivered progress or the breathalyser?  Would the benefits delivered by safer cars be as good without speeding campaigns?

The more I looked into the World Banks evidence base the more I realised that post-test training means different things in different countries.  The Advanced Motorcycling and Driving courses are unique, and are not the same as skid pan training which has been proven to deliver overconfident Scandinavians!  Irrational human behaviour is the hardest thing to tackle and this report appears to kick it into the long grass once again by focussing on improving the infrastructure and vehicles rather than the users. This ignores the key requirement of the Safe System that users stick to the rules.  I still firmly believe there is a role for lifelong learning and skills refreshing to deliver that requirement.  We may need to measure the benefits of education and training in a different way as KSI figures will never be easy to allocate to a life saved, or a crash avoided by upskilling.  We may need to build, a new evidence base and indicators,  and this is starring to happen with KPIs such as numbers ‘not using phones’ or ‘not speeding’ which reinforce positive behaviour and don’t normalise extremes.  Those taking IAM courses report it has saved their lives, they enjoyed it and they tend to have more positive attitudes about safety – surely a good thing?

So, I will keep the day job going - at least until I retire!  The World Bank Report will hopefully deliver safer roads around the world where improvements are needed most. It is still a scandal that 3500 lives are lost every day somewhere on our planet.  I will look forward to taking part in an international discussion about shaping positive human behaviours based on good science.  It is everyone’s responsibility to work together to deliver that most basic human right not to get killed when you drive, ride, cycle or walk on the roads.