What Will We Lose Next? 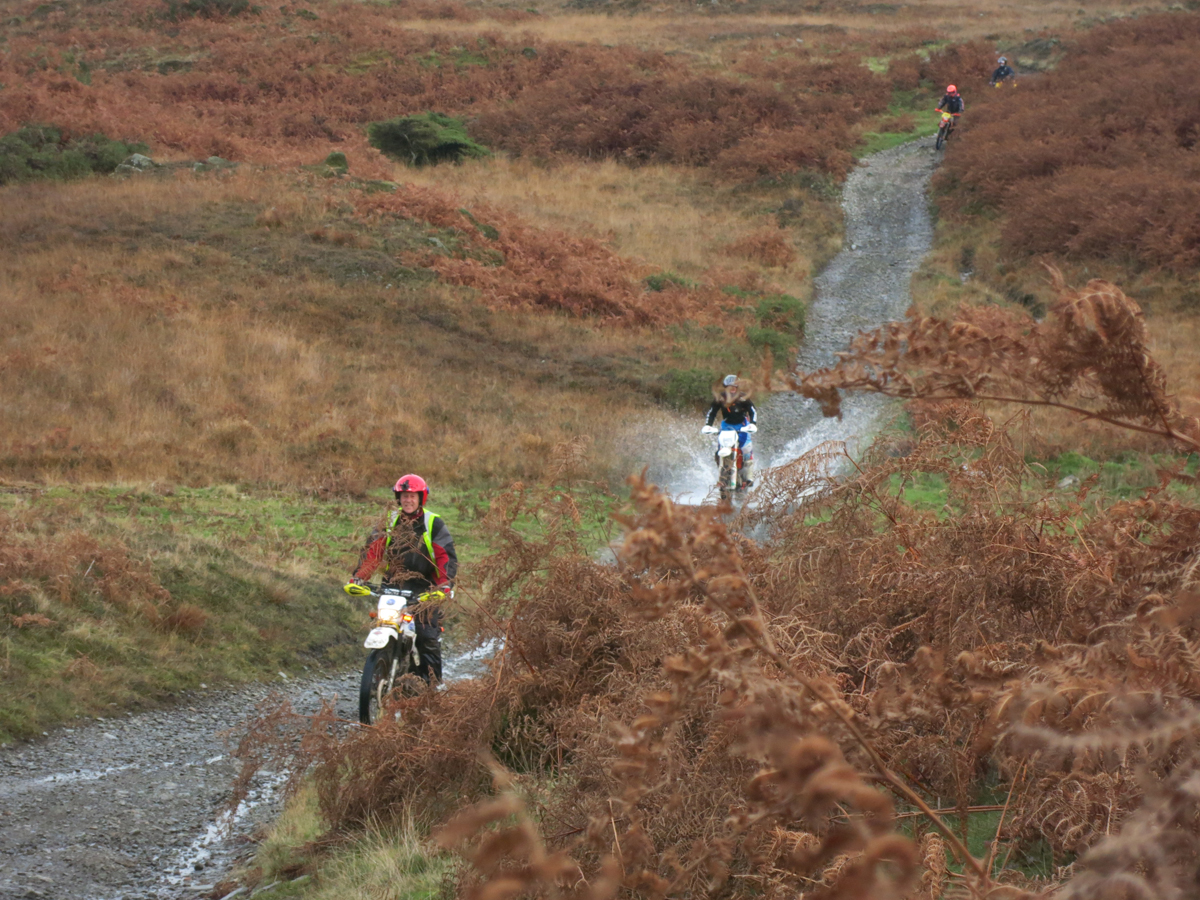 In this NMC member opinion piece, John Vannuffel from the Trail Riders Fellowship, shines a spotlight on the quiet erosion of the public’s right to use their own highways. The TRF has defended access rights to unsealed Green Roads for many years. But in recent times, moves to create ‘quiet roads’ and other initiatives to reduce traffic, sometimes on normal tarmacked public roads, is revealing how Traffic Regulation Orders are being used to bring in tarmac road bans against motorised vehicles. John reveals how the evolving situation places a clear and present threat to the right to ride.

The NMC’s position is that there must be a less restrictive approach to Traffic Regulation Orders applied that has adequate legislative safeguards for proportionality. A principle of ‘Welcoming Roads’ adopted, where there is better recognition of different classes of traffic being equally entitled to legitimately use roads. This coupled with full and transparent consultation on all TROs to ensure the choices of all road users are recognised in a fair and impartial way

There is no unconditional and unlimited right to travel, by any means, in the UK. There is a limited right to travel that is subject to conditions. Most of the landmass of the UK is off limits to the public to travel within, being in private ownership. Highways make up a tiny proportion (circa.1.5%) of the UK landmass, and the vast majority of highways are in public ownership and maintained at public expense. Those highways are the most valuable utility that remains in public ownership. Around a third of highways are off-limits to motorcycles, being either footpath, bridlepath, or restricted byway. That leaves around 1% of landmass comprised of road that motorcycles could use in theory. But in practice much of that road space is also off limits, for highway land includes pavement, verges, cycle lanes, bus lanes, and roads where motorcycling is prohibited by Traffic Regulation Orders (TRO).

The public have never enjoyed true freedom of movement within the UK. Travel by motorcycle is limited to less than 1% of the land, and subject to conditions that include payment of road taxes that are directly linked to the use of all public roads, both green roads and black roads, maintainable at public expense. A proportion of road tax is hypothecated to pay for the strategic road network.

The freedoms we do have are steadily being eroded. Getting from A-B on a motorcycle has never been as difficult as it is today, and subject of so many limitations and conditions. The freedom to motorcycle on significant proportions of the road network, including strategically valuable routes, has been taken from the public. Restricted byways are the lowest class of road that does not provide a public right of way to ride a motorcycle (or a car). Many roads were converted to restricted byway in 2006. Roads continue to be converted to cycle track or defacto converted to paths by TRO.

This is now becoming ever more obvious on the network of tarmac roads (sealed roads). But the trend began on green roads – those unsealed rural roads whose surface is not tarmac, concrete, etc. Green roads are the crystal ball for the sealed road network.

Whole neighbourhoods of road network are now off-limits to motorcyclists, where travel by motorcycle is limited to residents only. The wholesale erosion of public’s right to access their own public roads, and the conversion of those public roads into private drives for residents only, began with the green road network in 2006, when legislation converted many green roads to restricted byway – thus removing the public right of way to motorcycle on those circa 6000km of public roads. The public right of way for motor vehicles was converted into a private right of way that can only be enjoyed by adjacent landowners and occupiers. That same 2006 legislation granted National Park Authorities new powers to ban motorcycling on green roads.

Not only did the 2006 legislation extinguish public rights, but it also transferred maintenance liabilities from private individual to the public purse. The public now have to pay for the maintenance and repair of public roads that were converted to private drives and residents only access. When a ban on public motorcycle access is imposed, the public still pays for the maintenance and repair of the road where the traffic damage is caused mainly by private use.

The 2006 legislation was pitched as being intended to bite on some green roads, but has bitten on tarmac roads as well. The fact that the legislation extinguished public motoring rights to convert public roads into private routes for the benefit of landowners, has not been lost on those with anti-public access agendas and a vested private interest in eroding the public’s rights to travel.

Since its introduction, the 2006 legislation has been manipulated beyond Parliament’s focus on some green roads, to bite on ordinary roads. Many minor ordinary roads, whilst mainly used by the public as ordinary roads, have fallen victim to the legislation. Some of those roads are wholly tarmac.

A recent example is an ordinary village road, used by the public with motor vehicles for over a century. The parish council wish to keep the road as ordinary road, but a decision was made that the 2006 legislation extinguished the public right, converting the road to a private drive. The decision is being challenged in the courts, but we cannot be sure of saving the public’s access to their own public road – see this link.

Those seeking to erode the public’s right to access their own public roads, now seek to empower National Park Authorities to ban motorcycles from using sealed roads. They also seek a wholesale ban on motorcycling on all green roads – and have their eyes on roads both sealed and unsealed in Areas of Outstanding Natural Beauty.

So, in summary, the public are steadily paying more to have less public access to their own public roads. Meanwhile the private landowner enjoys ever-more exclusive private access on roads the public pay for. More funds are being spent on denying public access with bans and converting public roads to private drives and private residents only road networks. More publicly funded activity is being undertaken to produce public policy and schemes that deny public access to the advantage of the private interest. Traffic regulation is increasingly used to make travel unnecessarily inconvenient and frustrating.

Basically, the minor road network, from green roads to minor tarmac roads, is steadily being taken away from the public who pay for it.

The American idiom of “Freedom is not free” is not applicable for the simple fact that the public does not have freedom on the roads they pay for as a starting point. The right to travel on the highway is vested in the monarch, and even the monarch only enjoys a limited and conditional right for herself and her subjects to use public roads. The limited and conditional right to travel is a pale imitation of freedom at best.

Existing legislation is forcing the public to pay for their own loss of public access. That legislation began on green roads and continues to spread to tarmac roads.