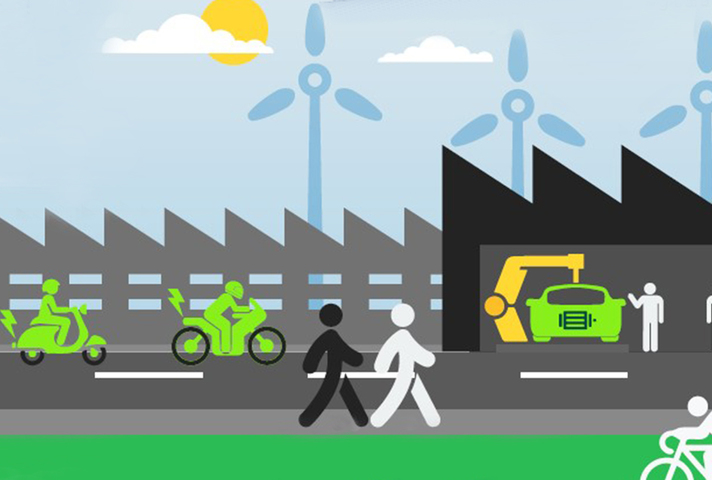 The Department for Transport has this morning (14th July) issued its long-awaited consultation to phase out the sale of new petrol motorcycles by 2035. A new proposal has also been made to bring this timetable forward to 2030 for mopeds and 125cc motorcycles (L1 and L3-a1). Other L-Category vehicles are included in the consultation, which covers all two, three and light four-wheeled vehicles. The consultation does not cover existing motorcycles or those on the second-hand market.

The NMC says that the Government is making a mistake by trying to force the pace of motorcycle decarbonisation and must not ignore the voice of motorcyclists as proposals are developed.  Motorcycle manufacture is a global, not local, matter. As a result, the UK should only move on globally agreed net-zero timetables and not seek to force this via a UK-only set of arbitrary targets - which will make little difference to the global CO2 picture in any case. It is vital that market and economic shocks are avoided which puts the UK at a disadvantage globally. Particularly at a time of rising prices and against a backdrop of fragile global economies, coupled with supply chain issues post-pandemic and as a result of the war in Ukraine.

Although numbers of electric PTWs in the moped sector are increasing rapidly, they still represent a small percentage of the 125cc new motorcycle fleet and a tiny proportion of the larger motorcycle sector, as we have yet to see available products that have a genuine mass market appeal among riders. The Government says it wishes to open up the benefits of electric motorcycling in transport policy. But by forcing the pace of change in just one market, the Government instead risks potential market withdrawal by manufacturers, with a subsequent reduction of choice for riders and economic damage to the motorcycle sector.

The consultation claims that the Government is technology neutral on motorcycle decarbonisation, but states that alternative and low carbon fuels may only play a role in the transition to fully electric vehicles. The Government also seeks views on bringing motorcycles under the Zero Emissions Vehicle Mandate. This currently sets targets requiring a percentage of manufacturers’ new car and van sales to be zero emission each year from 2024. The DfT seeks views on whether a ZEV mandate could be introduced for L-category vehicles, setting a 100% zero emission target in line with agreed date.

NMC Executive Director Craig Carey-Clinch said: “The Government’s ambitions in this area are clearly running ahead of what may be reasonable to deliver. Successful transition in any field requires those affected to be content with changes proposed. In the case of zero emission motorcycles, particularly in the premium market segments, current product availability, price point, the current state of electric bike technology and rider acceptability, suggests that much more will need to happen before a reasonable target date for full zero emission new production can be established. It is not yet known whether manufacturing can meet these proposed targets with a range of motorcycle types which will have broad market appeal among riders, given the wide diversity of rider requirements and activities across the sector.

“One of the knock-on effects of these concerns is scepticism among sections of the motorcycling public about the electrification of motorcycles. This is should not be brushed aside by the Government. Rider opinions must not be ignored in the rush to decarbonise.

“The NMC is also disappointed that the Government sees alterative fuels as only a stepping stone to full electrification. This is not the technology neutrality the Government claims to have. The move towards net zero is a matter which is too technologically detailed to restrict it to battery electrification only. Imposing specific technologies means limiting choice and therefore creating a constraint on innovation. Automotive manufacturers (and the aviation industry) are making significant investments in developing synthetic fuels which have the potential to allow ICE technology to continue while being part of the move towards decarbonisation. Other technologies such as hydrogen powered vehicles are also part of the development of new technologies.”

The NMC and its members will play a full part in the consultation process, seeking a common sense approach from the Government as proposals are developed.

2. The Consultation can be found here: https://www.gov.uk/government/news/electric-motorbikes-race-onto-uk-roads-through-transport-decarbonisation-measures

3. The NMC's position on motorcycle decarbonisation can be found in the downloads area of the NMC website (here)