Procedures and options for taking bikes in vans and on trailers across the border made clearer after the NMC and the UK Government work together on developing solutions. 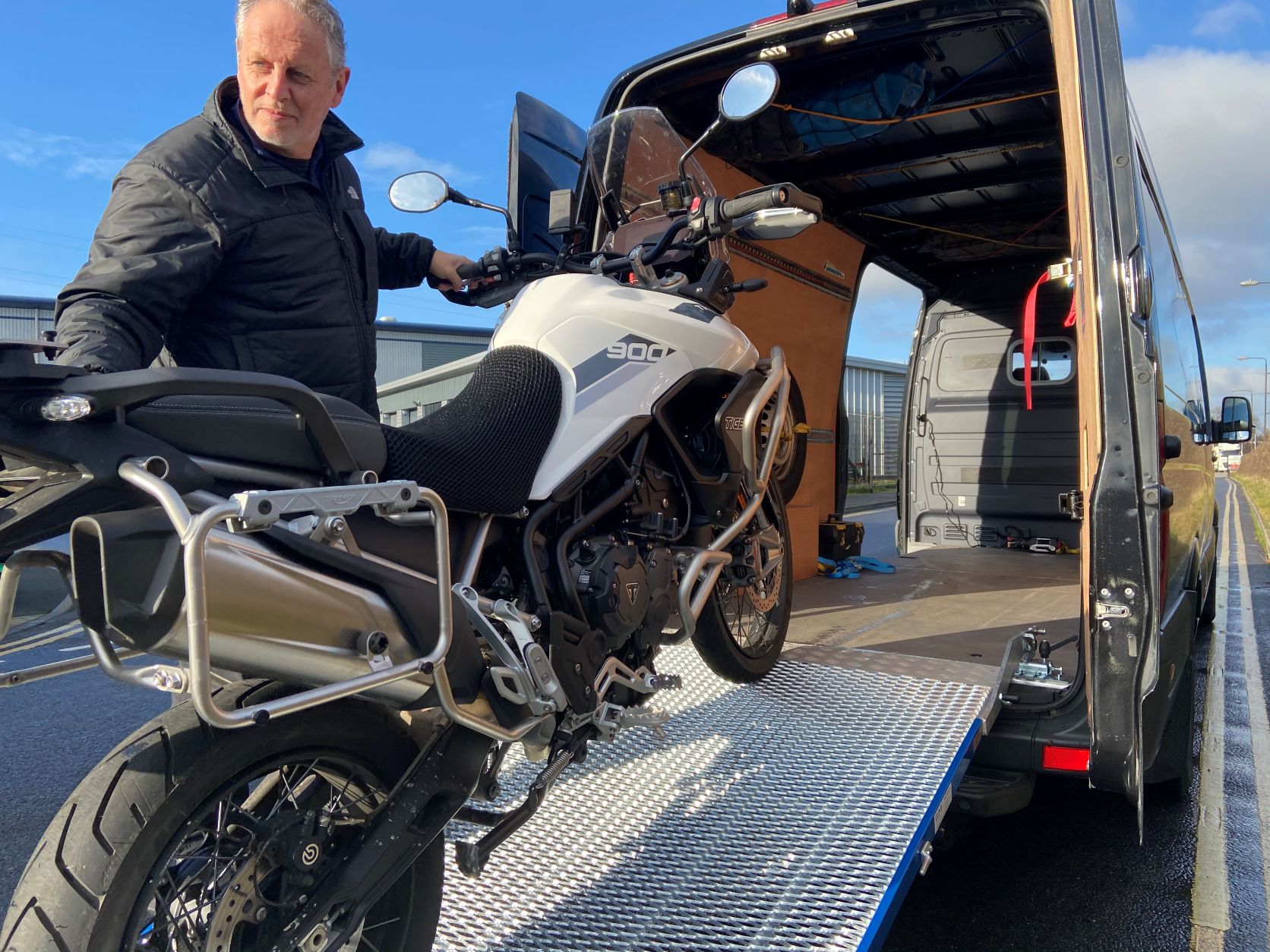 The National Motorcyclists Council (NMC) has published general advice for riders who wish to take their bikes across the EU border in a van, motorhome, or on a trailer. This advice provides information about procedures and paperwork which should be considered for border crossings. It became necessary to develop the advice after the Council received reports from riders and commercial operators who had experienced problems at the border, with in some cases costly ATA Carnets demanded. On a handful of occasions, riders were even turned back until they could secure a carnet. It has particularly affected some of those who ride green roads on the continent, including the Trans European Trail and also owners of historic motorcycles on both sides of the EU border.

Unfortunately, there is an issue with what customs authorities regard as ‘means of transport’ under various international treaties and regulations. It emerged that customs may take the view that a road registered motorcycle stops being a means of transport for the purposes of crossing a border when it is being carried by another vehicle, so temporarily becoming ‘goods in transit’. This appears to be what has happened in some EU Member States, where customs have in some cases insisted that motorcycles (and cars) in vans, lorries or on trailers are accompanied by an ATA Carnet. A recent widely publicised case saw a similar problem applied to the transportation of bicycles.

The NMC has been in close dialogue with the UK Government’s Cabinet Office borders group since the issue emerged in 2021. From the start, they have been willing to help and have worked to find a solution which benefits motorcyclists and others who transport vehicles. As part of this, the Cabinet Office have liaised with several EU member governments on the NMC’s behalf, to firstly understand the issues in more depth and secondly to develop a solution with EU members which would not imply costs or delays at the EU border.  In tandem with this work, the NMC has also worked with the Federation of European Motorcyclists Associations (FEMA) and Federation of International Vehicules Anciens (FIVA) to approach the European Commission for their advice on the relevant Treaties.

The result of this work is the publication of the NMC’s ‘General Advice for moving motorcycles across the European Union border with the United Kingdom’.

The NMC is aware that border problems with customs procedures have increasingly become the exception rather than a regular issue as 2022 has progressed, but some people do still encounter problems. This document therefore offers general advice about what you can do to prepare for crossing the EU border in either direction if you are a UK or EU Member State citizen wanting to transport motorcycles in vans or on trailers – though it must be stressed that the NMC general advice must not be regarded as legal guidance. It may be the case that the paperwork outlined in the advice will not be requested, but it will help riders prepare in the case that paperwork is required at the border. The advice relating to ATA Carnets should be followed in all cases. Also included are general tips for crossing any international border around the world.

NMC Executive Director Craig Carey-Clinch said: “The publication of the general advice marks the successful conclusion of a long and technically detailed lobby on the non-commercial aspects of motorcycle transportation, which involved not just the UK Government, but the European Commission, the governments of France, Spain, Ireland and other EU border transit nations – plus the welcome support and contribution of the NMC’s individual members and our international partners. We are extremely grateful to the Cabinet Office team which has acted to coordinate many of the various parties involved, plus HMRC and UK Border Force. We are delighted that the procedures reached do not imply either fees to be paid or delays at the border for those transporting motorcycles in a non-commercial capacity.”

Although the NMC general advice brings together a range of information and links which have been developed in partnership with the UK Government, it does not carry the status of official Government guidance. It is important to note that the situation on the border is subject to change. It also remains the responsibility of all travellers/tourists to read and understand the most up to date guidance available on gov.uk, ec.europa.eu and also guidance from ferry operators. The NMC continues to urge the UK Government to issue specific official guidance on gov.uk and will continue to work with the Cabinet Office on unresolved matters relating to third party commercial movements of motorcycles.