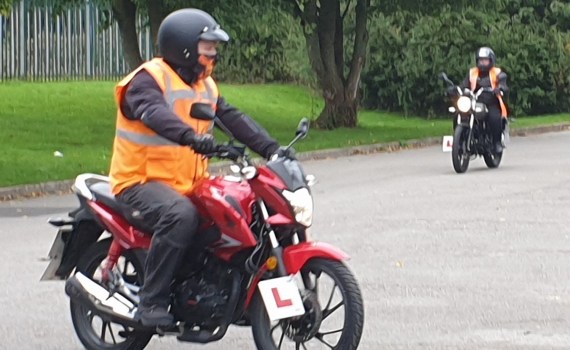 The National Motorcyclists Council (NMC) is today calling for changes to the UK’s motorcycle licence testing and training regime. In a new position paper published by the NMC (here), the Council outlines how the licensing system has evolved under the EU’s Driving Licence Directive (DLD) regime and has analysed the effect of changes to motorcycle licensing rules since 2009.

Training and testing regulations need to fulfil a basic mission – to make motorcycling safer. But the NMC analysis reveals that changes introduced from 2009 have failed to make motorcycling safer in several statistical measures in the area of headline casualty numbers and casualty rates per mile travelled. Indeed, the number of riders killed or seriously injured has actually risen.

Until February 2021, motorcycle rider licencing was subject to regulations set by EU directives, with various versions of the directive having been in place over the time of the UK’s membership of the EU. The current directive is known as ‘3DLD’. It ceased to apply in the UK on January 31st 2021. Although UK licensing law remains aligned to European law, there is now an opportunity to review and revise the regulations to better suit UK circumstances under the framework set by the 1968 Vienna Convention on Road Traffic.

The NMC’s position on licensing is based on the following principle: To make the licensing regime easier to understand and access, while maintaining appropriate road safety standards in training. The NMC does not propose a dilution of testing and training standards, but it does propose a decrease in the amount of arbitrary ‘box-ticking’ bureaucratic steps that faces novice motorcyclists and to create a system which is simpler to understand and access, while maintaining the UK’s high standards.

The NMC proposes for the UK system to more closely align with the international norms as set out in the Vienna Convention on Road Traffic, which are recognised world-wide – including by the EU. The following changes are proposed:

2. Licensing needs incentivisation; via training upgrades from a lower to a higher category rather than repeat testing to move between licence categories on the progressive licencing route.

3. Each licensing step should also allow access to machines up to the minimum test vehicle specification for the next category of licence (to be ridden on L-plates). This should also apply to those who gain full moped licences aged 16.

4. A return to a single event test, rather than the current two-part format.

5. Abolition of A2 licence. Passing the motorcycle test for A1 to grant access to an A licence. However, as per the pre 2009 2nd DLD, this licence will be restricted, gaining access to the current A2 specification of machine. The restriction will be lifted once riders complete a compulsory skills training course – which will available from one year after the test is passed.

8. Minimum licence test vehicle specification for electric motorcycles needs to be redefined for each licensing category.

9. All changes to licensing to maintain alignment with the Vienna Convention and maintain high overall safety standards to ensure the continued exchangeability of licences for those moving away from the UK.

The NMC emphasises that as part of this ‘evolution’ of testing and training, there should be no dilution of standards, or removal of aspects that work towards safer motorcycling. But instead, best practices need to be applied more intelligently, so that riders are incentivised and encouraged to get a full licence.

NMC Executive Director, Craig Carey-Clinch said: “The NMC analysis also revealed that the licensing regime prior to 2009 led to significant improvements to rider safety. This was under an older set of EU regulations. When 3DLD was proposed, motorcycling organisations expressed doubt that there would be safety benefits. The UK Government agreed and did not support the changes at EU Council. Now that the UK has left the EU, there is now an opportunity to create a system that is easier for novice riders to understand, is less bureaucratic and provides greater reward for passing the test on smaller bikes - while retaining high standards and providing a boost to the motorcycle training sector.

“The NMC does not criticise the motivation behind the EU’s efforts in this area – the Union has an understandable and commendable desire to improve motorcycle safety. But although much has been learned from the experience of 3DLD, it has not led to positive outcomes for the headline safety statistics in the UK. Which is why the NMC now calls for the training and testing regime to be revised.

“The UK now has an opportunity to ‘reset’ motorcycle training and testing to fit the UK roads and traffic environment via national regulation. Given that the Government is currently considering future road safety policy, we believe the NMC proposals are timely and start an overdue debate. We look forward to discussing them with the DfT and the DVSA."

2. The NMC's position paper can be downloaded from the downloads section of the NMC website, or via this link