Motorcycles shown to be an important mode of transport in the Capital, both now and in the future 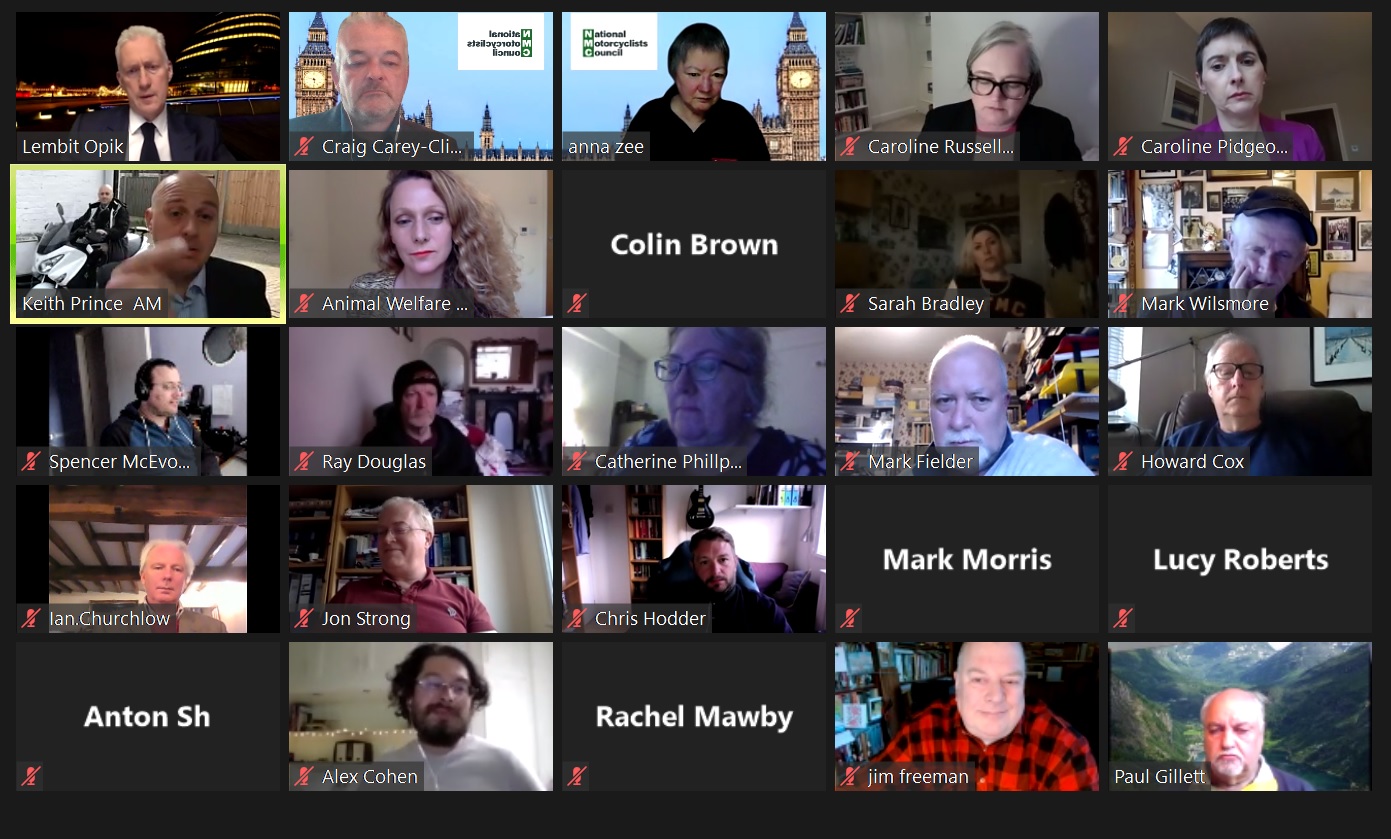 The National Motorcyclists Council (NMC) hustings for London mayoral candidates, held on the evening of April 27th , drew together candidates or their representatives from three out of the four major political parties contesting the mayoralty. The event, organised in partnership with NMC member the Motorcycle Action Group (MAG) was attended by a lively audience of London-based motorcyclists who quizzed Assembly Member Keith Prince from the Conservatives, Assembly Member Caroline Pidgeon from the Liberal Democrats, Assembly Member Caroline Russell from the Green Party and Vanessa Hudson, candidate for the Animal Welfare Party. Other candidates and parties were invited, but did not respond.

After introductions from NMC Executive Director, Craig Carey-Clinch and event Chair, MAG’s Lembit Opik the panel of politicians set out their opening statements. The environment featured heavily in these opening remarks, but it became clear as the debate progressed that the Green Party and Animal Welfare Party are keen to engage ‘sustainable motorcycling’ within the transport policy debate. both the Lib Dems and Conservative speakers spoke positively about motorcycling’s role in the Capital. Caroline Pidgeon noted that motorcycles comprise more than one in 20 road users in London, that motorcycle enabled crime was too high and that all too often motorcyclists are ‘lumped in’with other road users in policy terms. Keith Prince who regularly rides, cited work he was involved with on making casualty hot spots safer for motorcyclists,that policy support for cycling needs to be extended to motorcycling, that all parking needs to be secure and that Sean Bailey would cancel the Ultra Low Emission Charge (ULEZ) for motorcycles.

Although the audience were keen to quiz the Parties on their views in relation to motorcycles in bus lanes, parking matters, motorcycle friendly infrastructure, road user charging and road safety, It quickly became clear that the audience were very interested in wider transport and environmental matters as they affect London and London’s motorcyclists. All parties acknowledged that motorcycling is part of the solution to London’s transport problems and that policies on safety need to support motorcycle users far better than they do now. There was wide support from both the audience and candidates for bus lane access across London to be consistent, with all lanes open to motorcyclists, though caveats were expressed in relation to other road user safety in some circumstances. Also discussed was what can be learned from other major cities around the world where there are large proportions of motorcycles used as transport. On emerging technologies, it was noted that any new electric charging facilities needs to be available for zero emission motorcycles and that the current infrastructure is simply not adequate.

During the summing up at the close of the debate, it was noted that motorcycling is no longer a peripheral part of the transport debate. Mainstream transport issues and the opportunities that motorcycling offers to these to create a healthy transport system can no longer be overlooked. All politicians present committed to continued engagement with motorcyclists, irrespective of the outcome of the election.

MAG’s Colin Brown said: “The hustings was a clear success. There was a very high standard of debate and it was great to see some very focussed questioning from the ‘floor’. The Parties represented do have different approaches to many wider issues, particularly on the environment, it was great to see a broad consensus that motorcycling as a solution has been overlooked in transport policy for far too long.”