NMC Presents its Policy Programme to Government and Parliament. 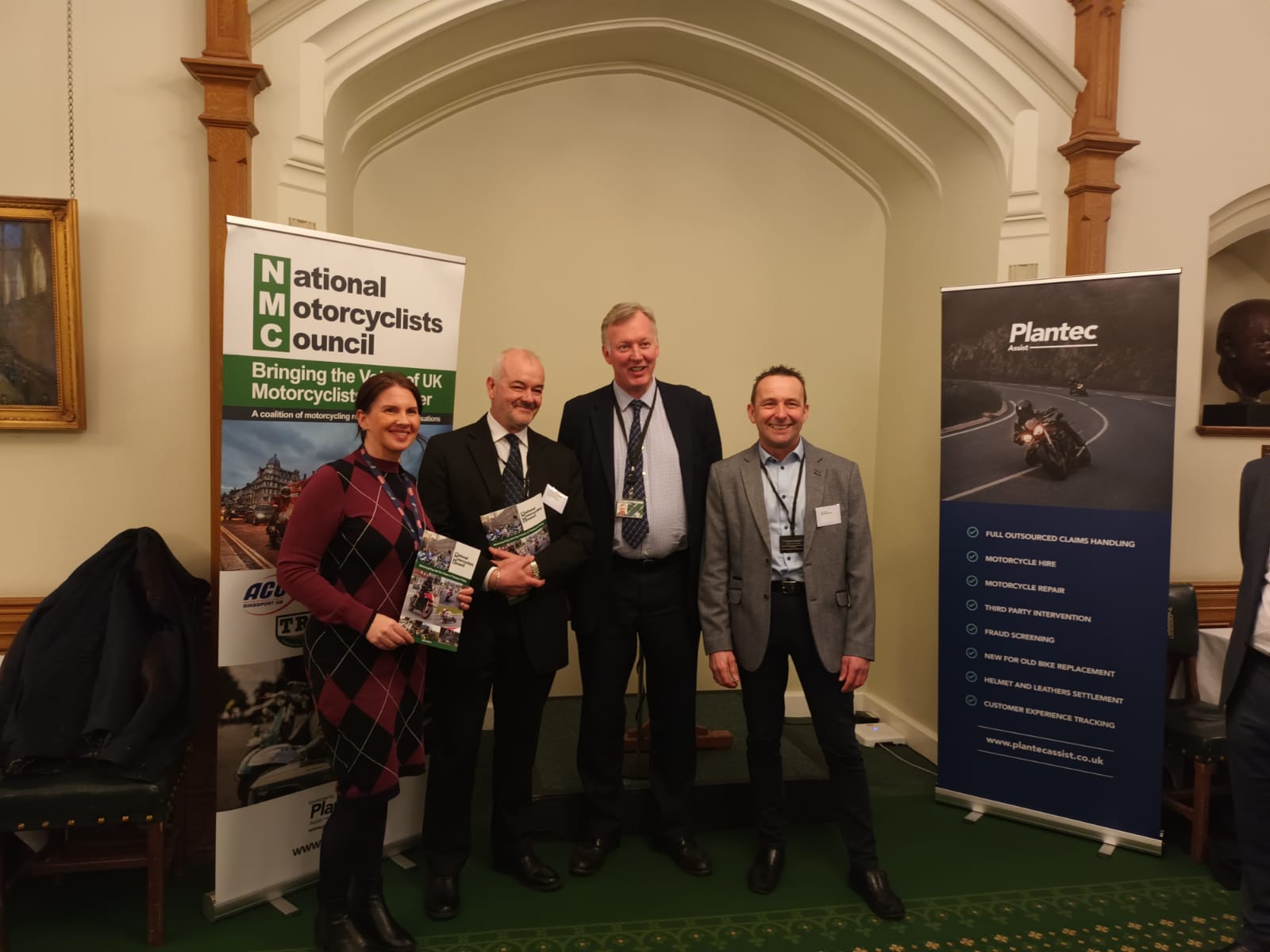 At a major event of the Parliamentary Motorcycle Group yesterday, the National Motorcyclists Council presented its programme for policies to support motorcycling in UK transport policy to MPs and the Government. Under Secretary of State for Transport, Trudy Harrison MP delivered a speech to welcome the NMC’s Motorcycling and the Future of Transport Policy. The chairman of the All Party Parliamentary Group for Motorcycling, Sir Bill Wiggin MP, also spoke in support of the comprehensive approach set out by the NMC.

At the well-attended reception, British Super Bikes and TT legend Steve Plater added a new dimension to a parliamentary event by delivering a well-received speech about UK motorcycle sport.

Trudy Harrison MP spoke warmly about the contribution that motorcycling makes to the UK in terms of mobility and leisure and shared her own motorcycling experiences with those present. She spoke at length about the future of transport and the role of motorcycling as policies relating to net zero and decarbonisation develops, making it clear that the NMC’s contribution to the debate going forward will be important as the Government develops new policies.

The NMC’s Craig Carey-Clinch, responding to the minister, outlined how Motorcycling and the Future of Transport Policy seeks to further the discussion about the role of motorcycling in both society and politics, particularly how support of motorcycling by government will lead to policies that will work to the nation’s benefit, addressing mobility, the environment, safety and accessibility. He also outlined the vital contribution that motorcycling makes to the UK’s culture, leisure, economy, heritage and sport.

The reception, which was sponsored by Plantec Assist, was attended by a wide range of organisations and individuals from government departments, motorcycling organisations, transport policy and road safety experts, plus other policy experts and specialist media. The range of groups from within and outside the motorcycling world, affirming the growing support for the NMC and its approach to public policy issues as they relate to motorcycling.

1. Motorcycling and the Future of Transport Policy can be found here