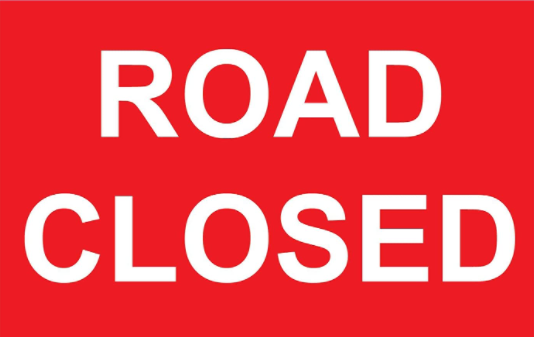 The NMC and its member the Trail Riders Fellowship (TRF) has growing concerns about the application of Traffic Regulation Orders (TRO) on sealed roads. TRO’s are used to prohibit use of roads by certain classes of traffic – usually motor vehicles.

Misuse of TRO powers is a chronic problem that has become acute during the Covid-19 crisis as a way of reallocating road space to non-motorised modes of transport and to create ‘safe and quiet spaces’ for walkers and cyclists. Other TRO proposals have started to appear on minor, often rural tarmac roads, with unusual features such as fords.  The TRF was able to effectively argue against some which seemed clearly aimed at discriminating against motorised vehicle users while having no real benefit for local people. But these ‘sealed roads’ TRO proposals still continue to appear – often without adequate consultation of all groups affected.

Recent sealed roads TROs have been proposed or introduced in Derbyshire, Brighton, Somerset and Cornwall. The Somerset TRO proposal encompassed what was effectively a small local network of sealed tarmac roads and would have banned the use of motorised vehicles. The proposal was withdrawn after reaction from local road user and motorcycle groups. In Brighton, sealed road TRO’s were introduced to prevent motor vehicle use in circumstances where cyclists and walkers already enjoyed substantially more road space than motorised vehicles.

The Derbyshire and Cornwall proposals relate to rural roads where ford crossings feature. Safety has been cited in one case and the environment in the other. In relation to safety, motorcycles have not been involved in a single incident, while in the case of environmental concern, electric powered mopeds and motorcycles have not been exempted. The proposals both appear to be little more than a collateral attack on motorcycling where car drivers are the main target. Both proposals are currently ‘on the table’ and subject to campaigning work spearheaded by the TRF working with local stakeholders.

The TRF’s John Vannuffel said: “A main issue is one of not even considering motorcycles, and then confusing them with cars when the TRF alerted the proposing authorities to their existence. Another key issue is an unwillingness to recognise that motorcycles have a place in the local transport ‘eco-system’ that uses these sealed highways.

"Clumsy and discriminatory TRO’s are a symptom of legislation that is no longer fit for purpose. Safeguards within the TRO legislation have been steadily eroded to the point where they no longer provide meaningful protection – we regularly see irrational TRO’s being made with selective procedural failings. The current safeguards are wholly inadequate to protect the interests of road users and the wider public. Our road network is the nation’s most valuable asset that still remains in public ownership, yet all too often the public are banned from using their own roads in consequence of lobbying by a minority of local residents and/or anti-motoring pressure groups.  It can be argued that this is an unintended consequence of localism, which in the case of traffic issues has operated to elevate the minority interests of a few local residents and pressure groups to a special position, to the detriment of the majority interest of the wider road using public.

"A better approach would result from a less restrictive approach that has adequate legislative safeguards for proportionality and propriety. A principle of ‘Welcoming Roads’ needs to be adopted, where there is better recognition of different classes of traffic being equally entitled to legitimately use roads, rather than elevating the interests of one class of road user over another. Such recognition of equal entitlement, coupled with full and transparent consultation on all TROs, should form the basis of favouring ‘shared space’ road schemes on such roads, to cater for the choices of all road users in a fair and impartial way and to promote inclusivity where decisions about safety and the environment are taken in partnership with those users affected.”