The Road to a New Motorcycling Strategy Opens

Government opens discussions with the NMC 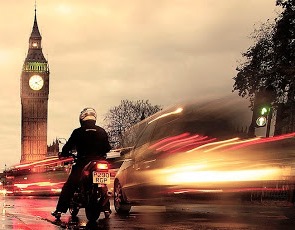 With less than a month elapsed since the launch of the National Motorcyclists Council (NMC), initial meetings with the Government have revealed strong interest from key officials in exploring potential next steps for policy development in relation to motorcycling.

The NMC is calling for a Government Motorcycling Strategy,with the key elements of this presented during the NMC launch – which was attended by both government representatives and parliamentarians. Subsequent meetings with key officials have been held to explore next steps in several policy areas related to the strategy, with officials welcoming the combined approach to these issues from the range of organisations that have been brought together by the NMC.  A range of possible next steps have been discussed and the NMC has been asked to present its immediate priorities and has also been invited to join policy discussion groups within government.

The NMC are making the case for a new motorcycling strategy to cover the following areas:

NMC Executive Director Craig Carey-Clinch said; “This early progress is extremely welcome. We have been delighted with the willingness for Government to engage so soon after the NMC launch. The range of expertise across the motorcycling organisations that have been brought together by the NMC seems to have been a clear factor in this positive approach from Government, providing as it does a ‘reference point’ for the common views of motorcycle riding representative groups on a range of consensus policy areas.

“Creating a fresh strategy for a whole transport mode is on the face of it a daunting task, given the wide range of urgent issues that face wider UK public policy at the moment. But these early steps reveal a willingness of the Gvmt to further explore the policy issues facing motorcycling, several of which have previously been highlighted by individual NMC members. Clearly, at this early stage, no promises are being made, but the NMC feels that this early engagement is a good start to the work that will be needed to develop the new strategy.”

National Motorcyclists Council members are: The Auto Cycle Union, the British Motorcyclists Federation, IAM RoadSmart, the Motorcycle Action Group and the Trail Riders Fellowship. The Guidelines are also endorsed by; Bike Down, the National Police Chiefs' Council, the Triumph Owners Club and the Vintage Motorcycle Club.