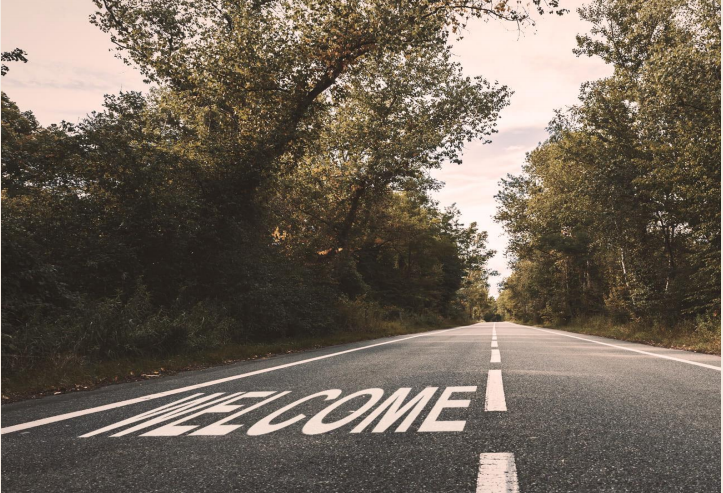 The National Motorcyclists Council (NMC) is today encouraging government, public authorities and organisations involved in road safety to adopt the ‘Welcoming Roads’ approach to Vision Zero messaging which was put forward by the Motorcycle Action Group (MAG) in June.

The NMC welcomed the approach as an important contribution to the road safety messaging debate when Welcoming Roads was launched. It has since been supported by several organisations and has been promoted to the Government.  MAG has since made available a new edition of the core Welcoming Roads message, which is available for download on the NMC website and is in a form which can be used by any organisation or individual.

Vision Zero has been at the core of international road safety philosophy since the Swedish Government adopted it in 1997. It aims to achieve a highway system with no fatalities or serious injuries involving road traffic. A core principle of the vision is that "Life and health can never be exchanged for other benefits within the society" rather than the more conventional comparison between costs and benefits, where a monetary value is placed on life and health, and then that value is used to decide how much money to spend on a road network towards the benefit of decreasing risk. (Wikipedia)

Although the aims of Vision Zero are widely supported in the road safety ‘community’, it has been apparent for some time that Vision Zero messaging has struggled to break through to the wider public. The notion of zero deaths or serious injuries is all too often seen as laudable, but unachievable in the real world where life and human activity will always contain risk. It has also been seen by some groups as an attack on their transport choices.

More recently, NMC members have noted that Vision Zero support and investment is all too often directed at the ‘favoured’ modes in transport policy of walking, cycling and public transport, with investment in motorcycle safety not having the same priority as it is for these other modes. This in turn has sustained a more vulnerable environment for motorcyclists than should be the case.

Welcoming Roads takes a fresh approach to how Vision Zero is promoted and messaged. It builds upon the ‘Safe Systems’ core of Vision Zero and inclusively focuses on the safety of all road users, irrespective of how they choose to travel. At its heart, this fresh approach recognises that roads and pavements are a valuable shared asset owned by, and servicing, all citizens.

• Roads are legitimately used for many purposes, including commuting, logistics, leisure, sport and exercise.

• No-one should feel disproportionately restricted from using the roads for any of these purposes.

• Everyone should expect to be able to use the roads with equal efficiency and safety, regardless of their legal and legitimate modal choice and purpose for using the road.

• All road users have a duty to show consideration and compromise with their fellow citizens to maintain an environment that is welcoming to all.

NMC Executive Director Craig Carey-Clinch said: “Vison Zero without doubt will remain an important part of road safety. Linked with the Safe Systems approach, it has led to progress in road safety policy. However, road safety progress in the UK and elsewhere has now ‘plateaued’ with further reductions in road fatalities and serious injuries now not occurring as they should. This suggests that it is time to look again at how the Vision Zero message is promoted.

“More creative and inclusive messaging needs to be applied to Vision Zero, so that road safety support and investment applies equally across all transport modes. Public messaging must be evolved so that it can bring more people ‘on board’ with road safety. MAG’s initiation of the discussion in this area is both timely and fully endorsed by the NMC.

“It is clear that more investment is needed in motorcycle safety. But to unlock this investment, both national and local government needs to recognise motorcycling in a positive way in their transport policies - as they have with other transport modes. The OECD and International Transport said as much in 2008, when it stated that a fundamental for road safety is that Powered Two Wheelers must have a place in transport policy and infrastructure management by default.”

2. The ‘Safe Systems Approach’ can be defined as: A holistic view of the road transport system and the interactions among roads and roadsides, travel speeds, vehicles and road users. It is an inclusive approach that caters for all groups using the road system. It recognises that people will always make mistakes and may have road crashes—but the system should be forgiving and those crashes should not result in death or serious injury.